Whether it was Indigenous peoples of North America, Central and South America, the Philippines, Australia, New Zealand or elsewhere in the globe, who received early Dutch, English, French, Spanish or other European explorers, there were well-established treaty making or similar traditions that guided their responses to the newcomers to their lands. These treaty traditions were encoded in wampum belts and the oral traditions of the various nations and served as a template for new sacred agreements with these European nations.

European explorers, in turn, came from a Christian heritage that articulated the ideas of covenant and testament, ideas akin to Indigenous treaty making traditions. Each nation, whether Indigenous or European, had their unique understandings of sacred ‘relationship-making’ institutions and ceremonies, reflecting the special genius of each nation. A recognition that treaties, covenants, and testaments are the most sacred and binding of community and individual agreements witnessed by the Creator or God, as each nation conceived of her/him/they/it, was a commonality that should have portended peaceful possibilities of new relationship.

The failure to connect in this way, as a meeting of fundamentally differing national philosophies, spiritualties, or frames of reference underlies the failure to achieve the Haudenosaunee Kayanerekowa (Great Peace), the Māori notions of Te Tatau Pounamu (The Greenstone Door) and Hohou-rongo, the Cherokee Nvwatohiyadv (Harmony Way), the Australian Indigenous understanding of Makarrata (The Coming Together), the Lakota Cangleska Wakan (Sacred Hoop). These treaty/covenant/testament making traditions still stand as therapeutic, healing processes in today’s polarized and fractious societies. Martin Luther King Jr.’s articulation of the Christian church as the Beloved Community echoes these Indigenous concepts and practices as does the work of past. Together, they testify to the intention of the Creator of all things – that is to say the renewal of all of creation through the Christ.

Explorations, rediscoveries, and experiences of the implementation of these ancient relationship-making processes are the theme of the NAIITS 2021 Symposium.

For many years now NAIITS has been exploring topics of interest and concern to a wide variety of people engaged within the wider Indigenous community. At each symposium there have been clear articulations of the landscape in which we find ourselves, along with cutting edge insights about how we might more effectively engage as Indigenous people within our communities and with those from other socio-cultural backgrounds and contexts within the lived gospel of Jesus the Christ. 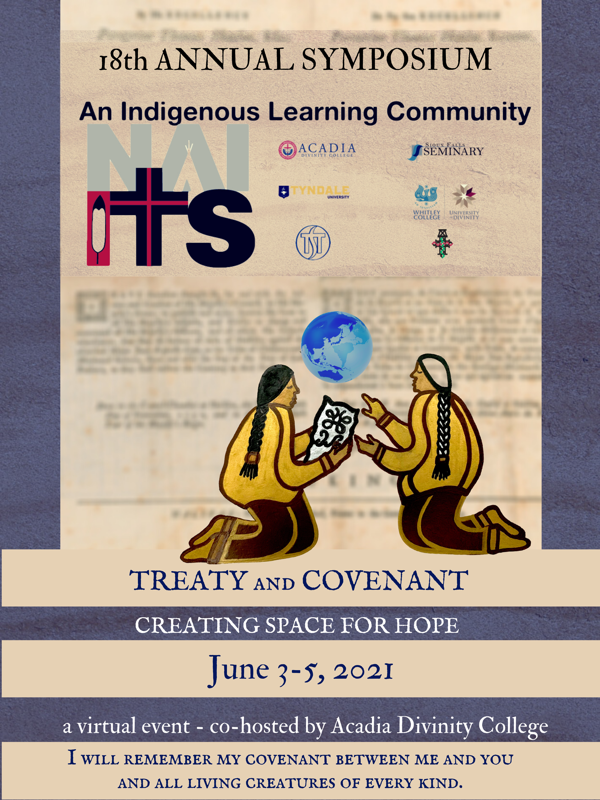