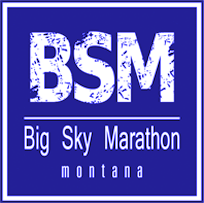 The Big Sky Marathon is the result of our success with the Madison Marathon. We held our Inaugural race in 2015 to appease marathoners from around the world who were screaming for a double (both full and half) in Montana. To non-marathoners, this is completely counter-intuitive. Afterall, why would you host a second marathon immediately after one of the most difficult marathons in America? To the likes of Marathon Maniacs and other running groups, it makes perfect sense. Why run just one marathon over a weekend when you can run two? Why not earn Four Stars as a Marathon Maniac over the course of 48 hours vs. possibly earning just one star and only if all your other stars line up?​

We have a new route (started in 2020).  It's still one hell of a downhill.  Give or take it has a net drop of 3,600 feet.  Turns out, it’s the Second Longest Downhill Road Marathon on Planet Earth, or at least in the top five.