Five great bands in one day!

This rain or shine event will take place at beautiful

(Sales end April 20th at midnight or when supplies are gone.)

Kids 12 and under are free, all children 16 and under must be accompanied by an adult. No Refunds.

RICK REDINGTON AND THE LUV 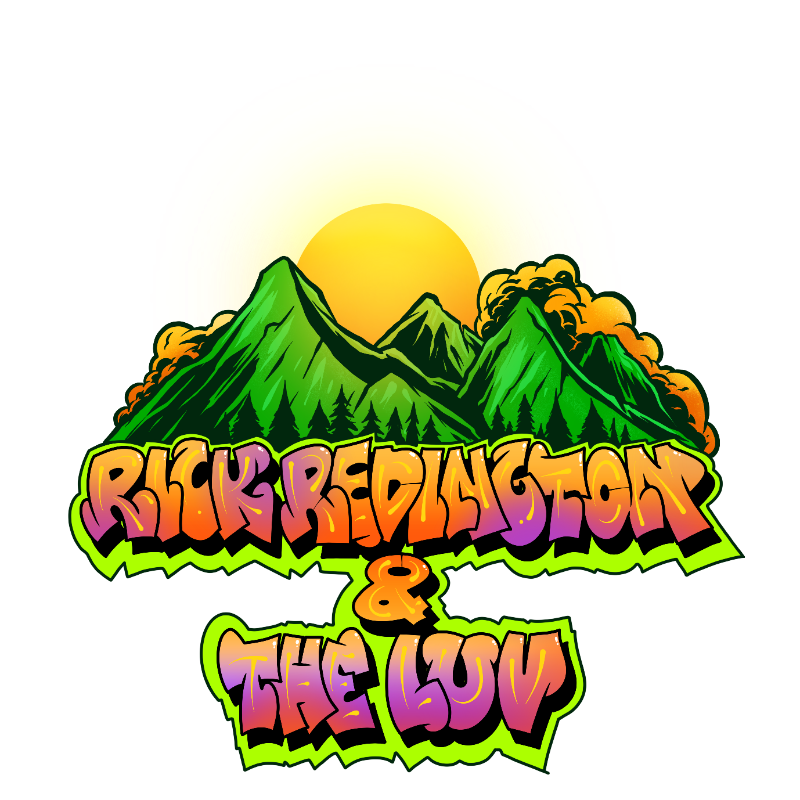 An Organically Homegrown Green Mountain Rock & Rastabilly Trio of Free-Range Human Beings hell bent on doing it all on their own!

Trying not conform to any of the kitchee and sometimes degrading “labels” while still paying respectful homage to the greats that have helped form their core. Rick Redington& The Luv deliver shows with a style and class and heartfelt achievement that has taken years of wins and losses to develop.The Circus Ring Leader Rick Redington has released Six Albums to date and this very well could be THE BIG SHOW we have all been waiting for! Side Show Freaks Heather & Blake’s first studio effort shows them at the top of their game with sweet Bass & Drum Rhythms that take us from one end of the globe to the other and keep Spreadin’ The Luv!

Rolling Thunder Revival is celebrating a decade of interpreting the incredible songs of Bob Dylan.  Filtered through the lens of long time New England jam musicians, including members of Max Creek, Rolling Thunder brings a fresh, but somehow familiar take to this classic material. In 2011, as the web of social media widened, guitarist Jeff Martinson saw that longtime Dylan bassist, backup vocalist, and musical director Rob Stoner had a new profile. Martinson did would any self-respecting Dylan fan might--he sent him a direct message saying essentially, "please tell me everything, and, do you wanna jam?" Stoner obliged. Tributes are ubiquitous. But Rolling Thunder Revival is unpredictable--delivering high energy sets of both well-known and deep cut Dylan with the energy and passion of the original multi-ring Rolling Thunder circus. You'll be invited to sing along, dance, and, as always, marvel at the wonder of one of the greatest songwriters ever to grace planet Earth.

A seasoned recording artist and multi-instrumentalist, Matt Turk is a veteran performer who has performed and recorded with Pete Seeger, opened for Judy Collins, The Doobie Brothers, Fiona Apple and the Grateful Dead's Mickey Hart. He has performed at the Clearwater Festival, Gathering of the Vibes, Atlanta's Music Midtown, Jazz at Lincoln Center and The Beacon Theatre. Bassist Dave Richards performs in Hamilton on Broadway and has recorded and performed with The Indigo Girls, Rosanne Cash, Buster Poindexter, Madeline Peyroux, Jewel and Richie Havens. He has toured throughout Europe, Canada and the USA,Banjo player Boo Reiners is a multi-instrumentalist who has performed, recorded, filmed and toured with Dispatch, Phil Lesh, Al Kooper, Pete Seeger, Charlie Louvin, Steve Martin, Tony Trischka, Michael Moore, Amy Poehler, Natalie Merchant, Martin Sexton, and many others. In the studio and on tour with world music pioneers The Klezmatics, he helped the group to win their 2007 Grammy Award for "Wonder Wheel: Lyrics By Woody Guthrie.”Jazz violinist Kensuke Shoji was born in Gifu, Japan. He joined his father's bluegrass band as a teenager. As a young adult he moved to the U.S.A. to study jazz violin with Berklee String Department chair Matt Glaser, and world renowned violinist Christian Howes. Dedicated to improvisation, Kensuke moved to New York City in 2013 to play with Alex Hargreaves, Barry Harris, Jacob Jolliff, Maria Muldaur and more.

Dead Man’s Waltz (formerly Steal Your Peach) is a six piece group that explores and celebrates the music of The Grateful Dead and The Allman Brothers Band and The Band. With two powerhouse drummers DMW echoes the line-ups while effortlessly interweaving the grooves and jams of all three iconic bands creating a unique musical experience. Dead Man’s Waltz is an all star collective comprised of seasoned, like minded professional musicians. The DMW lineup includes members of The Rev Tor Band, Entrain, Arukah, Raisinhead, Soul Sky and The Stone Revival Band. Members of DMW have shared the stage with members of The Grateful Dead, Dead and Co., The Allman Brothers Band, Phish and MOE. Dead Man’s Waltz is dedicated to presenting the music of The Grateful Dead, The Allman Brothers Band and The Band with genuine respect to the original while not being afraid to interject a little bit of their own in to the mix. This is the free spirited approach the music demands and allows them the freedom to perform a unique and new set list at every show.

In those rare instances that a band reaches its fifth decade, it’s usually a result of stardom In 50 years Max Creek has been small, big, regionally-huge, medium, and any other size one can think of; they’ve never graced the cover of Rolling Stone, but you’d be hard pressed to find a music fan in the Northeast that hadn’t heard of them. Creek is also much more engaging than the average band, sculpting lengthy shows on-the-fly from their 200+ song catalog with rockers, ballads, deep jams and crowd sing-alongs all tucked into their perfect places. Creek itself is multigenerational. Though the“front line” of guitarist Scott Murawski, keyboardist Mark Mercier and bassist John Rider has remained intact since the mid-70s, the current drums and percussion team of Bill Carbone and Jamemurrell Stanley weren’t even born when Max Creek was founded.

Outside Alcohol, Outside Food and Drink (other than 2 factory sealed water bottles 20oz or less or Naglene bottle) Large Backpacks, Large draw-string bags, or duffle bags,( all bags subject to search) No RV's, Coolers, picnic baskets, glass containers, Professional cameras, video equipment and Go Pros, Whistles and air horns. Fireworks and explosives, Grills or open flame of any kind, Firearms, knives and weapons of any kind, including pocket knives. No drugs or drug paraphernalia. No pets (with exception of service animals)

We are Grateful for our Dedicated Sponsors and Partners. 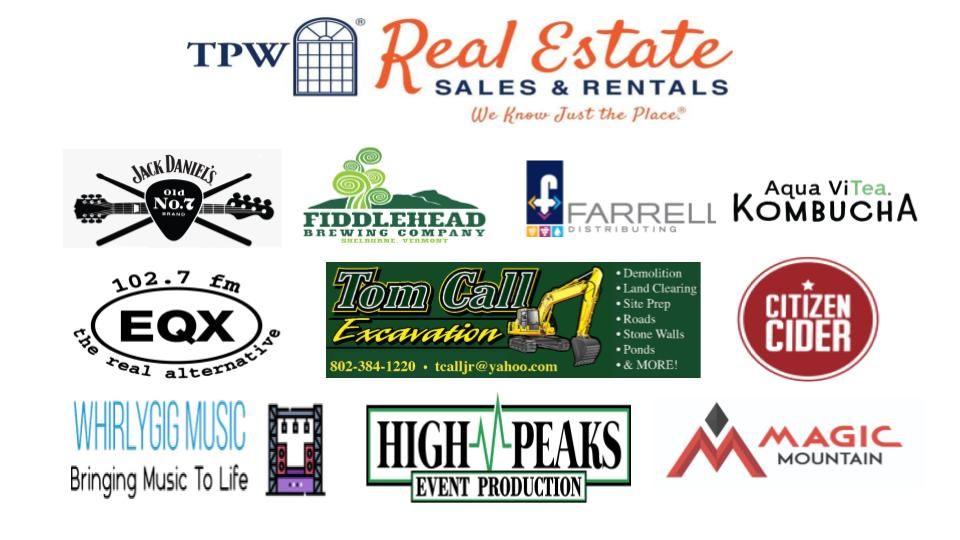