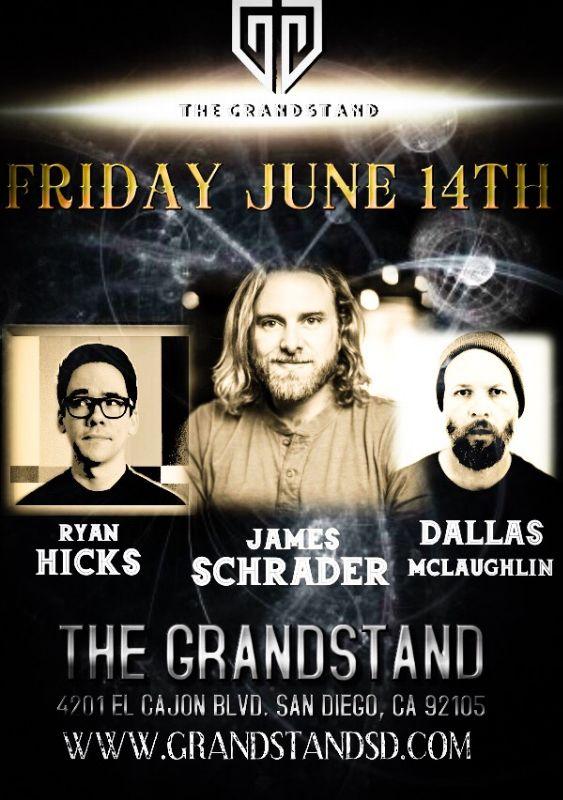 James Schrader is a human, comic, writer, actor, sailor, pilot, father and friend. In 2017 he won the San Diego Funniest Person Contest and had a daughter. In 2018 James won 2nd Place at the World Series of Comedy. And just for fun In 2016 he sailed 1100nm from La Paz Mexico to San Diego on a 38’ Hans Christian. His adventurous, mischievous and inquisitive observations of the human experience guide audiences through the ups, downs and norms of life on this planet.

James’ first standup performance was at age 12 during a school assembly of over 150 classmates. He was involved in Community Theater all through his teen years and performed standup again in college. While in college at the University of Central Florida he was a member of the Small Coed Cheerleading squad that placed 2nd in the UCA National Championships in Orlando, FL in 2001. After college he was the COO of a family construction company in Tampa for 9 years. Around this time he also got his pilot’s license and sailed performance catamarans off the Florida coast. He started studying improv and began writing sketch and standup in 2011. In 2012 he moved from Florida to San Diego to pursue comedy fulltime and quickly became a featured performer at The La Jolla Comedy Store, The American Comedy Co, The Mad House Comedy Club and The Comedy Palace. He has opened for Al Madrigal, Tom Rhodes, Pablo Francisco, Doug Stanhope, Fortune Feimster, Steve Rannazzisi, Joey "Coco" Diaz and many more around the country.

From his days as a visual artist, theatre actor and touring musician to his time working as a collegiate educator, he has spent his entire life in the creative arts. He was born and raised in Texas where, at a young age, he began drawing and painting, writing stories and poetry, composing and performing music, and singing and acting in local theatre. After several years of traveling and multiple creative endeavors, he moved to California where he continued to write while attending college as an English major with an emphasis on film and creative writing. Throughout his studies, he finished a novel and several scripts, worked as a teacher's assistant, tutor and office administrator, made a documentary for a grant, and upon graduating Magna Cum Laude with honors and distinction in the major, began stand up comedy.

Winner of San Diego's Funniest Person Contest, as seen on the Aqua Bats Super Show, Yo Gabba Gabba and more!